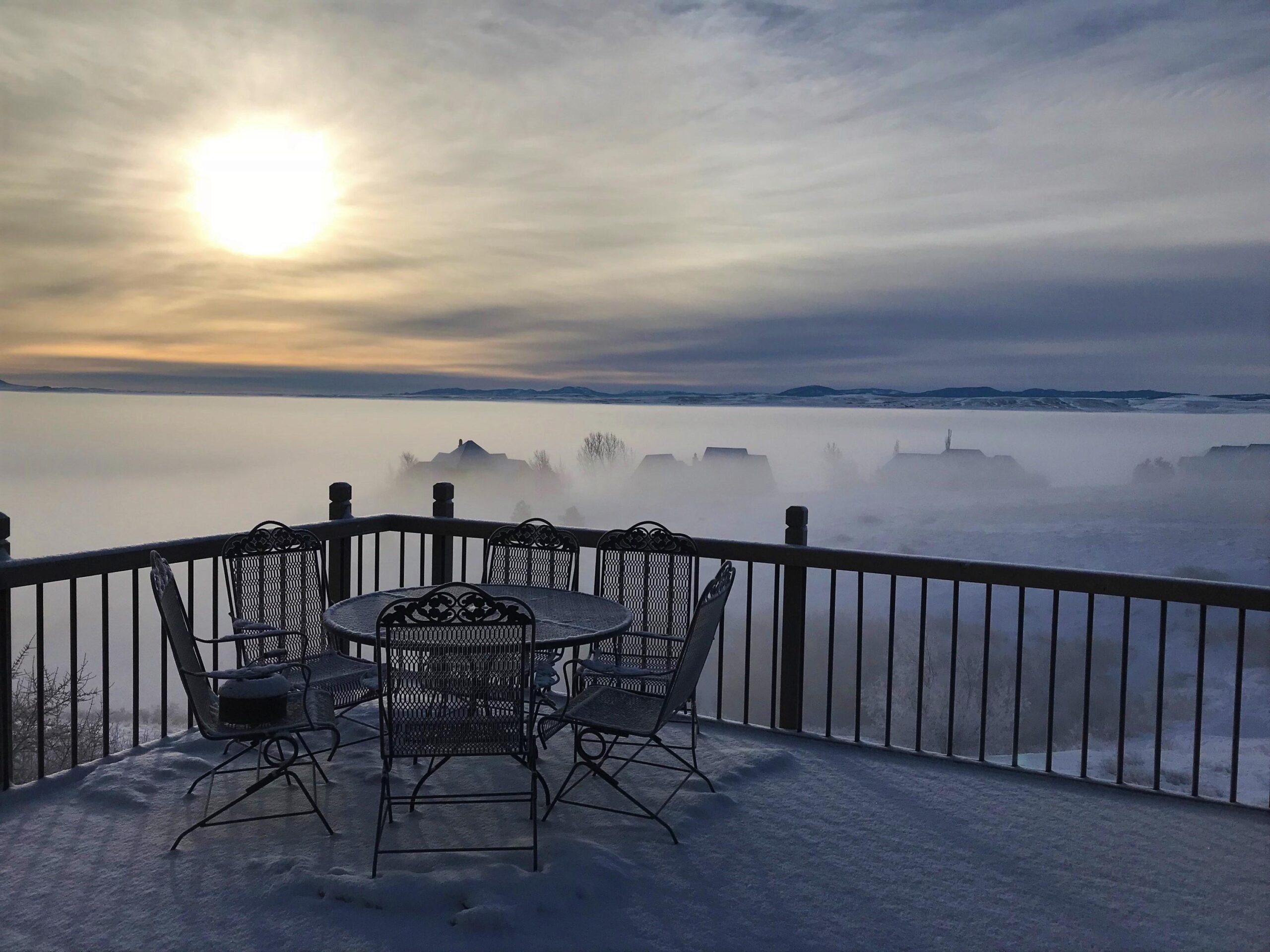 Rocky September Leads to Mixed Quarter for Markets
Markets pulled back sharply in September after setting record highs in August. Rising medical risks hit growth expectations at the same time as concerns about inflation and rising interest rates weighed heavily on sentiment in a sort of perfect storm. All three indices dropped during the month, wiping out most or all of the quarter’s gains. The S&P 500 declined by 4.65 percent in September but managed to gain 0.58 percent for the quarter. The Dow Jones Industrial Average fell 4.20 percent for the month and 1.46 percent for the quarter. The Nasdaq Composite fared worst, with a decline of 5.27 percent in September, but its quarterly loss was just 0.23 percent.

These weak results came despite improving fundamentals during the quarter. According to Bloomberg Intelligence, as of October 1, the average earnings growth rate for the S&P 500 in the second quarter was 96 percent. This is notably higher than analyst estimates at the start of earnings seasons with a 65.8 percent growth rate. This result was driven by widespread outperformance, as more than 87 percent of companies reported earnings that were higher than expected during the quarter. Ultimately, fundamentals drive long-term performance, so the impressive earnings growth during the quarter and expected future gains should provide support going forward.

Markets were also supported by technical factors throughout the month and quarter, despite volatility in September. All three major indices remained above their respective 200-day moving averages throughout the entirety of the month and quarter. The 200-day moving average is an important technical signal, as prolonged breaks above or below this level can signal shifting investor sentiment for an index. This marks 15 straight months with continued technical support for all three major U.S. markets and suggests investors continue to have a positive view on the ongoing economic recovery.

International markets also pulled back in September, erasing the quarter’s gains. Developed markets, as measured by the MSCI EAFE Index, dropped 2.90 percent in September, leaving the index with a 0.45 percent decline for the quarter. The MSCI Emerging Markets Index did even worse, dropping 3.94 percent during the month and 7.97 percent during the quarter. Emerging market returns were negatively affected by rising investor concerns about China’s property development sector as well as the global issues that hit developed markets.

Fixed income also had a challenging month and quarter, driven by rising long-term interest rates in September. The 10-year U.S. Treasury yield increased from 1.31 percent to 1.52 percent at the month’s end. This caused the Bloomberg U.S. Aggregate Bond Index to decline 0.87 percent during the month; however, the index managed a modest 0.05 percent gain for the quarter. The rise in interest rates was partially a reaction to the Federal Reserve’s September meeting, where the central bank indicated it may begin to taper asset purchases by the end of the year.

The Bloomberg U.S. Corporate High Yield Index, which is typically less affected by changing interest rates, lost 0.01 percent for the month but managed a 0.89 percent return for the quarter. High-yield credit spreads were largely rangebound, although we saw spreads decline modestly in September.

Medical Risks Decline in September
Medical risks peaked and then started to drop in September, which was an encouraging development following two months with rising case counts. We ended the month with a solid decline in the number of daily new COVID-19 cases throughout the country, and we saw similar improvements in terms of hospitalizations and deaths.

Part of the improvement in the medical numbers can be attributed to increased vaccination rates. We ended September with 55 percent of the population fully vaccinated and another 8.8 percent having received at least one shot. While these are national averages and can differ from local vaccination rates, the improvements in these rates likely helped mitigate the damage from the most recent wave of infections.

Economic Recovery Slows
As people grew more worried about news on the medical front, the economic risks increased as well. Job growth slowed sharply in August, down more than three-quarters from the July level. Layoffs ticked back up during September, signaling continued potential weakness in the labor market. As the job market weakened, the expiration of federal support programs also hit consumer confidence, which dropped during the quarter.

Encouragingly, confidence did show signs of stabilizing last month. And spending held up well in August, despite declining confidence. Retail sales increased by 0.7 percent during the month and personal spending growth was even stronger at 0.8 percent. These results were well above economist estimates and showed that consumers continue to spend and empower the economic recovery.

Business confidence and spending also showed signs of continued growth throughout the month and quarter. The Institute for Supply Management (ISM) Composite index, which measures both manufacturer and service sector confidence, finished August at 61.5, which is encouraging as values above 50 indicate expansion. As you can see in Figure 1, business confidence remains well above both the lows from initial lockdowns and pre-pandemic levels.

High levels of business confidence supported additional business spending and investment during the month and quarter. Durable goods orders increased by more than expected in August and now sit above pre-pandemic levels, indicating continued business investment. Businesses have been scrambling to meet high levels of pent-up consumer demand with increased investment and hiring. This increased spending helped support economic growth in the second quarter and should be a tailwind for further growth throughout the rest of the year.

One area that signals the potential for continued growth is housing. Housing sales remain well above pre-pandemic levels, supported by near-record-low mortgage rates and shifting consumer demand for more space due to the pandemic. This is despite the fact that the inventory of available homes for sale remains near all-time lows—a headache for prospective home buyers but a benefit for home builders. The pace of new home construction is above pre-pandemic levels as confident home builders break ground on new units to meet the heightened home buyer demand. Housing has been one of the bright spots in the economic recovery since the expiration of initial lockdowns last year, and the continued strength during the month was welcomed.

Risks Shifting as We Head into the Fall
While risks to the economic recovery and markets were largely concentrated on public health during the summer, we saw the balance of risk start to shift in September. Medical risks declined during the month, but economic and political risks took center stage. The slowdown in hiring in August and the recent decline in consumer confidence are two areas that should be closely monitored, as they may contribute to slower growth going forward.

The impasse in Washington over raising the debt ceiling led to even greater uncertainty, which, in turn, contributed to the market volatility during the month. While the last-minute deal at the end of September to avoid a partial government shutdown helped mitigate some of the political risk, the ongoing negotiations between the White House and both parties in Congress over the debt ceiling and two large spending bills continues to rattle investors and markets. The political risks are very evident as we enter the fourth quarter.

Internationally, risks are rising as well, as seen by the slowdown in China and the concern over the country’s property development sector. While the troubles at Evergrande, the largest Chinese property developer, are not expected to cause a global financial crisis, the uncertainty and negative headlines from the situation were one more thing for investors to worry about.

Ultimately, the most likely path forward for the economy and markets is continued growth, as the economy still has considerable momentum. But as we saw in September, there are real risks to this outlook, and we need to pay attention. While the declining medical risks and strong levels of business and consumer spending are positives signs for recovery, that is not a guarantee. As always, a well-diversified portfolio that matches investor goals and timelines remains the best path forward for most. If concerns remain, be sure to speak to your financial advisor to review your strategy.

All information according to Bloomberg, unless stated otherwise.

Disclosure: Certain sections of this commentary contain forward-looking statements based on our reasonable expectations, estimates, projections, and assumptions. Forward-looking statements are not guarantees of future performance and involve certain risks and uncertainties, which are difficult to predict. Past performance is not indicative of future results. Diversification does not assure a profit or protect against loss in declining markets. All indices are unmanaged and investors cannot invest directly into an index. The Dow Jones Industrial Average is a price-weighted average of 30 actively traded blue-chip stocks. The S&P 500 Index is a broad-based measurement of changes in stock market conditions based on the average performance of 500 widely held common stocks. The Nasdaq Composite Index measures the performance of all issues listed in the Nasdaq Stock Market, except for rights, warrants, units, and convertible debentures. The MSCI EAFE Index is a float-adjusted market capitalization index designed to measure developed market equity performance, excluding the U.S. and Canada. The MSCI Emerging Markets Index is a market capitalization-weighted index composed of companies representative of the market structure of 26 emerging market countries in Europe, Latin America, and the Pacific Basin. It excludes closed markets and those shares in otherwise free markets that are not purchasable by foreigners. The Bloomberg Barclays Aggregate Bond Index is an unmanaged market value-weighted index representing securities that are SEC-registered, taxable, and dollar-denominated. It covers the U.S. investment-grade fixed-rate bond market, with index components for a combination of the Bloomberg Barclays government and corporate securities, mortgage-backed pass-through securities, and asset-backed securities. The Bloomberg Barclays U.S. Corporate High Yield Index covers the USD-denominated, non-investment-grade, fixed-rate, taxable corporate bond market. Securities are classified as high-yield if the middle rating of Moody’s, Fitch, and S&P is Ba1/BB+/BB+ or below.